Over the last 12 months, we are seeing an increase in the use of different construction techniques.  Lack of materials and rising costs of labour have resulted in homeowners, developers and builders adopting different projects and techniques to save money.  The first in the series, presents ICF, or to give them their full name Insulated Concrete Formwork.

ICF building systems comprise of large polystyrene blocks that lock together to form a house shaped mould into which concrete is poured to form the wall structure of your ICF house. 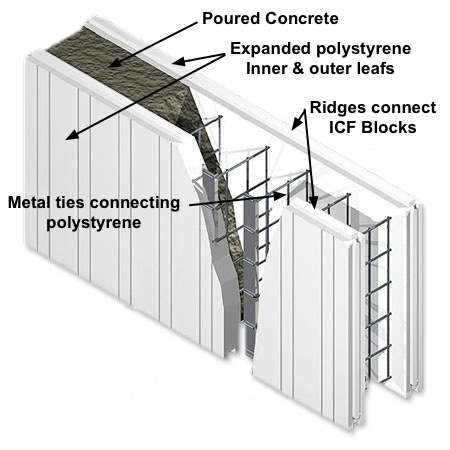 Kingmoor Consulting can design and validate the use of ICF blocks, incorporating there use with other building materials such as steel frame, stone cladding, and traditional build.