Are they the first sign of something is wrong ?

Whether dealing with the conservation of historic buildings, or more mundane commercial or institutional buildings, it is imperative that the cause of cracking in masonry structures is well understood. Perhaps one of the most significant differences between working on relatively modern structures and historic buildings is that often, in the latter case, it will not be possible to deal with the root cause. However, this does not in any way reduce the need for understanding, because a suitable repair strategy can only be determined once the cause of the problem has been identified.

Cracks arise because the real world is not static: whether at a macro or a micro level, materials respond to changes in their environment by trying to move. There are several generic causes for movement (a more specific listing would run to several pages):

While not exhaustive, this list serves to illustrate the complex interactions that can occur, and the difficulties that may arise in gaining an understanding of cause.

Cracking is an inevitable response to the inability of a structure to accommodate the movement to which it is subjected. There are two issues to be considered when assessing the reasons for cracking: the first is the nature and significance of the cause of movement (as described above); the second is the ability of the structure to accommodate movement. The latter will depend on the nature of the material or, in the case of composite materials like masonry, the nature of the combination of materials used in the structure.

For new buildings, designers can try to eliminate many of the causes of cracking and design tolerance for those factors that remain either by introducing joints, or by choosing movement-tolerant materials. The latter is the traditional approach to design, however materials such as fat lime (lime putty) and hydraulic lime can now be specified to give structures the ability to absorb considerable movement.

Existing buildings are what they are, and when considering performance an assessment must be made as to the likely cause of movement and the degree of the movement-tolerance inherent in any given structure. The cracks may be predominantly associated with an external cause (as in the case of subsidence) or with the material itself (an over-specified cement render for example).

Where historic buildings are concerned it is essential to employ someone with the experience and expertise to recognise the patterns of movement taking place, and who will be able to plan a programme of investigation to verify their assessments. Research is essential and can save hours of expensive time, and minimise the need for the disruption that investigations can cause.

A specialist structural engineer will be able to form an opinion on the basis of a visual inspection, but even when good archival information is available (from a previous structural survey, for example), some site investigation will still be required to tease out the various interdependencies, and to establish the most important factors at work.

This can be an iterative process as investigations can raise more questions than they answer. 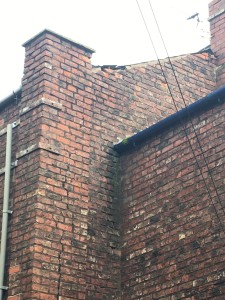 It is important to establish a brief before embarking on any programme of repair. On the assumption that both the cause of movement and the degree of movement-tolerance have been established, a range of options will be available. These may encompass major intervention on the one hand (and a good prospect of avoiding major future problems) to limited cosmetic action in the knowledge that further maintenance work will be required on a regular basis. The most important consideration is whether movement is likely to be progressive. If the structural condition is going to deteriorate, then for a structure to be preserved, intervention becomes essential.

Having agreed an approach to underlying problems, the result of the intervention must be assessed. For instance, new foundations can be expected to settle following underpinning, as the ground beneath consolidates. This is particularly an issue where clay forms the sub-strata. Premature or inappropriate repair of crack damage can be an expensive mistake.

In effect, the likelihood and the nature of future movements need to be assessed for the new condition created by intervention. Detailing will be dependent on the kind of movement likely to occur in the future. In most cases structures will still be subject to moisture content changes and variations in temperature, as short and long term changes in environment occur.

Cracking creates an inherent weakness in a structure. This is why a superficial approach to repair, limited to filling and decorative work, will almost always fail. Even the smallest of movements will lead to further cracking.

In engineering terms, this is explained by the size of cracks in relation to the rest of the structure. Cracks are usually narrow, and if movement is concentrated at these positions of weakness, the strain will be high. The stress created by movement is a function of strain, and will vary depending on a parameter called the Young’s modulus which, in effect, describes the stiffness of a material.

For this reason, materials with high values of Young’s modulus, such as a rich Portland cement (OPC) mix, should not be used to repair a crack in a masonry wall, because the stresses that arise will cause the repair to fail. Materials with a low modulus, or with the ability to deform in a plastic manner, will offer better prospects for success. A high calcium hydraulic lime, for example, would be much better than OPC in an area of high strain.

Increasing the width of a repair will also reduce strain and, therefore, stress. In practical terms this can be achieved by cutting out cracks and substituting a formed joint, but this is major work and may not be acceptable visually or in terms of cost. Rebonding masonry using hydraulic or fat limes is usually preferable, as this will give the necessary plasticity, providing a mechanism to accommodate strain.

One alternative is to insert corrosion-resistant metal reinforcement (usually stainless steel) into bed joints to redistribute strain and therefore stress over a wider area, thus reducing the risk of failure. Care must be taken to vary the width of reinforcement across the crack as abruptly terminating a bar in a wall or mesh in a render in parallel lines on either side of the crack can also cause stress concentrations leading to further cracks.

Such techniques require the basic form of construction to be robust and in relatively good condition. This is not always the case, and sometimes it is necessary to carry out remedial work to stabilise a structure before it can be repaired. To assess this need, the basic form of construction must be understood, and the degree of distortion estimated. Generating cross sections to show the deflection and deformation can be helpful, allowing the extent of voids and other defects to be estimated and taken into account.

Where voids are suspected, the use of instruments such as boroscopes can be invaluable to see inside structures to verify the extent of the problems. There are other more sophisticated methods of non-destructive investigation that can be employed, including radar and thermography, but these can be expensive and complex to interpret.

The response to voids is usually either reconstruction (often unavoidable) or grouting to fill them with cementitious material. Grouting requires the voids to be accessed by drilling holes in the structure through which the grout can be poured. There is no single ‘best way’ to approach grouting, but some methods are better than others.

These comments are from an engineering perspective. There will be other factors influencing the specification for repair, and it may be appropriate to depart from the ‘ideal’ engineering solution.

The successful repair of cracks in masonry structures requires a fundamental understanding of the reasons for the cracking. Intervention must respect the structure, and it is important to assess the likelihood of progressive movement. An appropriate repair will accommodate future movements in the wall, but may require stabilisation works if it is to be successful.