The floods in December 2015 in Cumbria, Northumberland and Southern Scotland, continued to destroy people’s lives and property across the region.  Possessions, homes, and businesses were destroyed in a 48 hour period, and as the flood water receded the full extent of damage was seen for the first time.

Infrastructure was destroyed, bridges structurally unsound, homes and businesses washed through with the flood waters.  Some damage however can be hidden, in particular in older houses, and in this post we will explain some of the effects it can have on buildings.

Effects of floodwaters on buildings

Floodwater can penetrate buildings rapidly, causing widespread damage to floors, walls, finishes and services, and structural damage in more severe floods. The vulnerability of individual buildings is dependent on construction methods and building materials. For example, poor construction techniques and some common bricks are very porous allowing water to penetrate very quickly to the building interior.

Inside the building, gypsum based plasters (e.g. most plasterboard) absorb large quantities of water and distort within minutes of contact with water. Even with measures to flood proof buildings, water will tend to find its way through weak points within the wall such as cracks and voids in the mortar jointing, brickwork or rendering. For semi-detached and terraced houses floodwater may also seep through party walls with neighbouring properties, above or below floor level.

The processes and pathways by which water enters a building during a flood depend on the characteristics of the flood – specifically flood depth and duration, and water velocity. Groundwater flooding results in water entering cellars and voids beneath floors causing problems of damp in walls. In general terms: 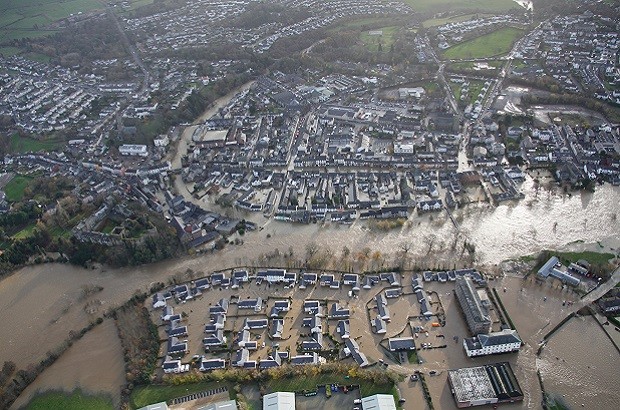 There are also secondary effects of floodwater on building structure and the health of the occupants. These impacts include:

In subsequent posts, we will address the issue of appointed a contractor to undertake remedial works, insurance and monitoring of your buildings health post floods.